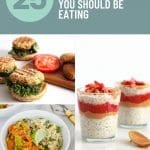 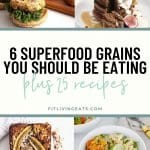 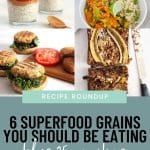 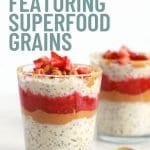 Home » Blog » Nutrition » The 6 Superfood Grains You Should Be Eating + A Recipe Roundup!

The 6 Superfood Grains You Should Be Eating + A Recipe Roundup! 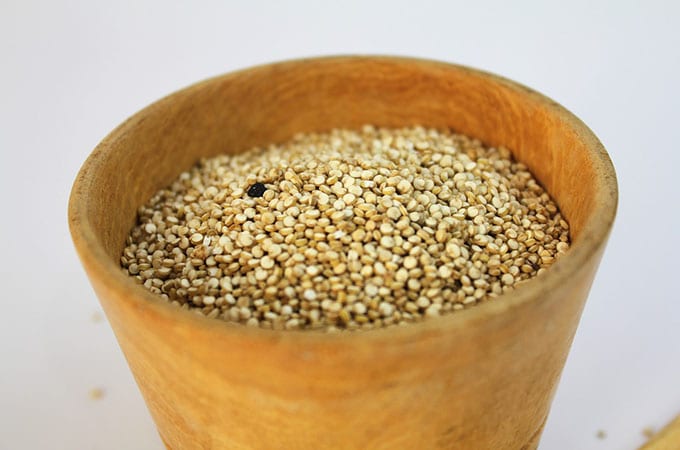 Are you pro carbs or no carbs? What was once banned in the ‘90s as a result of a popular low-carb diet is now considered a superfood. Get the lowdown on the six superfood whole grains you should be incorporating into your diet, plus a roundup of healthy and delicious recipes featuring these nutrient superstars!

Do you remember the rising popularity of the Atkins diet and the low-carb craze that followed? Now, the Atkins diet has been replaced by the keto diet, encouraging minimal carbohydrate consumption and high protein or fat intake.

When I was figuring out what healthy meant as a teen, I thought that carbs and fats have no place in a nutritious diet. All of the marketing messages around healthy foods were labeled “no carbs” and “low fat” back then.

Fast forward many years later and I now know that’s simply not true.

Items that are labeled “low fat” and “low carb” can be deceiving. When these nutrients found in the whole, unprocessed food are removed, added sodium and sugars can take its place to make up for the lack of flavor.

Are carbohydrates a good thing or a bad thing?

Carbohydrates are your body’s main source of fuel. There are many sources of carbohydrates, some good, some that are unhealthier.

I like to refer to carbohydrates as either “empty” or “complex”.

Empty carbohydrates are found in highly processed foods that are made from white flours and fruit juices. Don’t forget, sugars are translated to carbohydrates when categorizing it as a macronutrient.

Complex carbohydrates are found in whole, unprocessed foods. They contain fiber, a health-boosting nutrient found only in plant-based foods.

The Role of Fiber in Your Diet

The more fiber in a given food, the lower the net carbohydrates (the nutrients that get absorbed by the body as if it were sugar).

Fiber is important to your health for many reasons, but it’s rooted in your gut.

When you consume complex carbohydrates, fiber slows down the absorption of the nutrients through the digestive process, resulting in stabilized blood sugar levels. In other words, eating a side of whole grains will not spike your blood sugar, resulting in the dreaded crash and burn like eating a donut might.

How can you get more fiber in your diet? By incorporating whole grains.

Six Gluten-Free Whole Grains You Should be Eating

Want to know a secret? Amaranth isn’t a true whole grain. It is derived from a different plant species than most, but has a similar nutrient profile to it’s grain cousins. This ancient grain (seed) dates all the way back to the Aztecs and wasn’t just grown for consumption; it was also used in their religious practices.

For something to be considered a superfood, it needs an impressive nutrient profile. The amaranth grain does not disappoint!

It contains more than three times the average amount of calcium, is high in iron, magnesium, phosphorus and potassium, and is the only grain documented to contain vitamin C. It is also considered a complete protein, which is hard to come by with plant-based foods.

Want to give Amaranth a try? Check out these recipes:

I feel like it would be an injustice to talk about whole grains and not include brown rice. Some might think it’s boring, but as a chef, I actually think the opposite.

It’s tender and oh, so buttery when cooked properly. It provides a richness to the plate, while other grains can have more of an earthy taste. Prepare it as a side on its own, or use it as a base for stir frys or power bowls.

Cooking Tip: The cooking directions on the package would tell you to prepare at a 2:1 ratio. However, I find that I often need closer to 4 cups of water for 1 cup of brown rice. Bring the water and brown rice to a boil, then cover and simmer until tender. Remove from the heat and cover for perfect rice every time!

Brown rice contains many nutrients other than fiber. This whole grain is a good source of vitamin Bs, magnesium, selenium and manganese.

Who else associates buckwheat with pancake mix? Back in high school, this was one of my first healthy swaps. I can distinctly remember the slightly earthy, nutty taste and purple-ish, brown hue.

Buckwheat is most commonly found in two forms: buckwheat groats and buckwheat flour.

Buckwheat is incredibly high in zinc, copper and manganese, as well as protein. However, some studies have shown that buckwheat can be difficult to digest for kids and those with GI issues. However, it is a great whole grain for those with diabetes, as it is high in soluble fiber, which slows down the rate of glucose absorption.

Want to give buckwheat a try? Check out these recipes!

I think we can all agree that oats are one of the most common whole grains. They are commonly linked to improving heart health and lowering cholesterol.

Whole oats are a fantastic source of manganese, phosphorus, magnesium, iron, and zinc. Half a cup of dry oats contain 13g of protein!

There are several varieties of oats, so let me list them out in order of processing. (Least processed) oat groats, steel cut oats, old-fashioned oats, oat flour, and instant oats (most processed).

Cooking Tip: End up with leftover oatmeal? Freeze it in individual portions, then transfer to a bowl with a splash of milk and reheat in the microwave for a quick breakfast on-the-go!

Incorporate oats into your diet different ways using these recipes:

Have you ever made homemade bird seed? If you have, then you might be familiar with this ancient grain. It has a similar appearance to couscous, and is creamy and fluffy when cooked.

Millet is an excellent source of B-vitamin, calcium, iron, magnesium, zinc and essential fats (the good for you kind). Despite its impressive nutrient profile, millet may not be recommended for those with thyroid issues, as it contains goitrogens, which suppresses thyroid activity.

Want to give millet a try? Check out these recipes:

I saved the best for last. Quinoa is an old standby and trustworthy grain.

Quinoa is a great source of iron, vitamin b66 and magnesium. It is also considered one of the few plant-based complete proteins. Its ratio of protein to carbohydrate is impressive for a grain.

Cooking Tip: Quinoa contains a natural pesticide on the outer layer which can be hard to digest, so it’s best to rinse and drain just before cooking, or buy sprouted or pre-rinsed quinoa.

Want to give quinoa a try? Check out these recipes:

Tell me. Do you remember a time in your life when you started learning more about healthy foods? Have you tried all of these superfood grains? 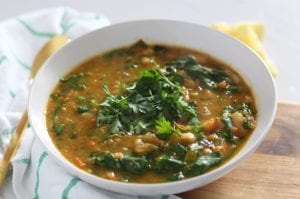 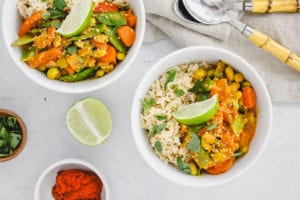 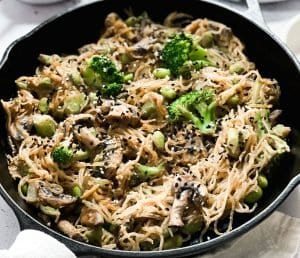