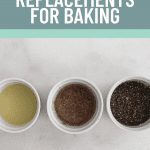 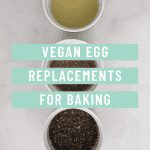 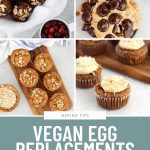 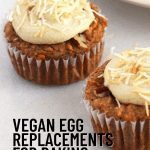 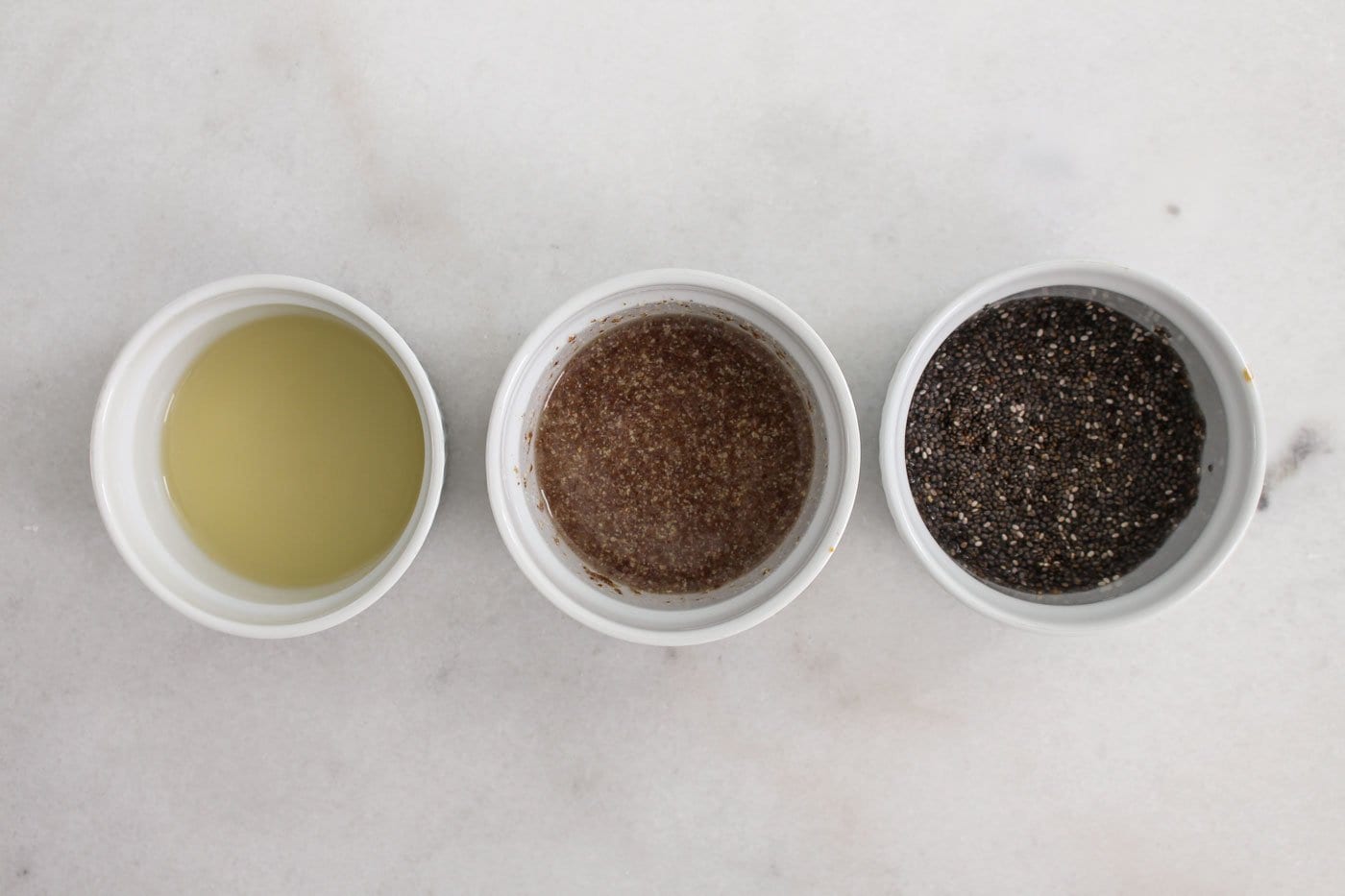 Believe it or not, it’s relatively easy finding vegan egg replacements for baking!

Most baking recipes call for at least one egg, but what are you to do if you either don’t have eggs, or are looking to make a vegan-friendly treat? You’ve got more options than you might think! Using ingredients you probably have on hand, finding a vegan egg replacement is easy.

When I first got into baking, the ingredients seemed pretty standard. Flour, sugar, eggs, milk, salt. Why would you need anything else?

As I started experimenting more with healthier baking methods, I learned that there’s a whole world of ingredients out there that are waiting to be included.

Substituting for healthier, gluten-free flours can be tricky. But finding a substitute for an egg? That’s a piece of cake.

A flax egg is probably the most common egg replacement used in vegan baking.

Flax seeds are a great source of dietary fiber and omega-3 fatty acids. They can be bought whole or ground at the store. I recommend consuming them ground for ease of digestibility, whether you choose to buy ground or grind them yourself at home. To make a flax egg, you will need ground flax seed.

When used in baking, flax eggs act as a binder. They lend a moist, almost fudgy consistency and can be used in muffins, quick breads, cakes, non-delicate cookies, waffles and pancake recipes.

To make a flax egg, combine 1 tablespoon ground flaxseed and 2 ½ tablespoons water in a small bowl. Set aside for a few minutes to thicken. The flax egg will resemble a gummy texture.

Recipes that use flax eggs:

Chia eggs are like the cousin to flax eggs. They are both made with water, are a similar texture, and can be used in recipes the same way that flax eggs can. They just look a little different.

Chia seeds are also a good source of dietary fiber and healthy fats, as well as calcium. You can buy them whole or ground. I prefer whole chia seeds because I find that the texture of ground chia seeds is a bit gritty.

The interesting thing about whole chia seeds is their reaction to liquid. When combined with liquid, chia seeds form a gel-like coating on the outside, soaking up to 8x their weight in liquid. This allows the chia seeds to be more easily digested and also makes for a great egg substitute.

Because flax eggs and chia eggs are so similar, I usually opt for using flax eggs because I don’t love the specs of chia seeds in my baked goods. If you don’t have ground flaxseed, a chia egg is a great substitute!

To make a chia egg, combine 1 tablespoon chia seeds and 2 ½ tablespoons water in a small bowl. Set aside for a few minutes to allow the chia seeds to gel together.

You can use a chia egg in any recipe that calls for a flax egg.

I don’t mean to be biased or anything, but I saved the best for last.

Aquafaba is the brine from a can of garbanzo beans. It can be used as an egg replacement in baking recipes and can also be whipped to stiff peaks to resemble whipped egg whites. I have used whipped aquafaba in chocolate avocado pudding to help lighten it up a bit and increase the overall volume for a trifle dessert.

I can’t say there are too many nutritional benefits to aquafaba, however, it is truly magical when used in baking recipes.

I believe that aquafaba most closely resembles an egg in that it creates a moist, fluffy texture. Aquafaba helps to create rise out of the baked good, whereas a flax egg or chia egg almost flattens it a bit due to its density.

Does it have to be the brine from a can of garbanzo beans? Nope! You can use the brine from any kind of canned beans. Keep in mind that the flavor might change slightly depending on what kind of bean is used. For example, you might want to save the brine from black beans for brownies instead of chocolate chip cookies.

Using aquafaba as an egg substitute is rather new to me, but here are a few recipes that call for this unexpected ingredient:

Vegan baking doesn’t have to be intimidating or leave you wondering if you’re going to have to use weird ingredients. These vegan egg replacements utilize everyday foods that you might already have at home! 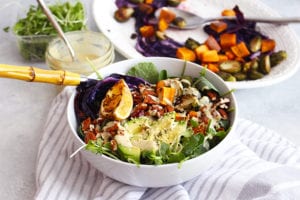 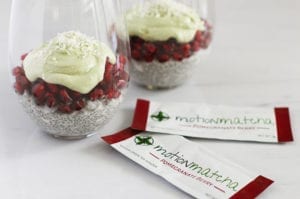 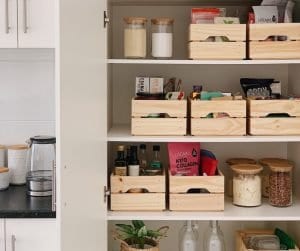