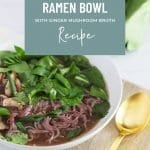 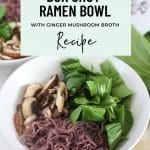 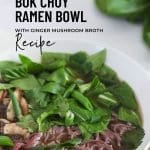 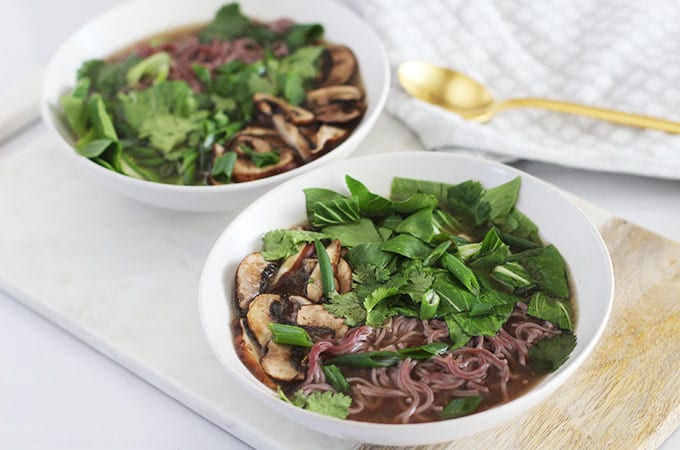 Try this mushroom and bok choy ramen bowl for a delicious meal, made in less than 30 minutes. This is the kind of meal that looks impressive, but really can be thrown together in a half hour.

It’s the perfect ramen bowl to cozy up to on a cold week day and will leave you feeling nourished from the inside out!

This recipe is all about the mushrooms

Mushrooms are all the rage right now when it comes to superfoods, due to their impressive nutrient profile. They are an excellent source of B vitamins (hello, energy), and are the only vegan, non-fortified source of vitamin D, a nutrient best known for as something we get from sun exposure.

Mushrooms are also anti-inflammatory and have been studied to be a powerful cancer fighter. To sum it up, mushrooms are one of nature’s finest SUPERFOODS!

In this mushroom and bok choy ramen bowl recipe, we make homemade mushroom broth, which I first attempted during my Culinary Rx course. Okay, wait, don’t lose interest, yet. I promise, it sounds way more intimidating than it actually is!

The broth takes all of five minutes to throw together and the rest of the time, it’s just doing its thing on the stove while you get some cleaning done, catch up on the ‘gram, or sneak in the latest episode of your current binge.

If you don’t want to make your own broth, I’ve got a compromise for you. Heat eight cups of store-bought mushroom broth (found at Whole Foods or local health store) in a large pot on the stove by simmering for about 30 minutes, adding in the fresh ginger slices and miso paste. Store-bought broth kicked up a notch!

Pssssst… if you haven’t heard of miso paste, here’s the 411. Miso is fermented soybeans (good for gut health!) and adds a salty flavor to foods. It’s most commonly used in Asian cuisine, and I’ve used it here on the blog in this Asian Quinoa Power Bowl with a Ginger Miso Dressing.

This warming bowl of goodness is not your average cup of ramen. It is packed with flavor and nutrients to keep you healthy during the cold, winter months! I used the purple potato and brown rice ramen from Lotus Foods, but any of their ramen flavors would be delicious.

Try this mushroom and bok choy ramen bowl for a delicious meal, made in less than 30 minutes. This is the kind of meal that looks impressive, but really can be thrown together in a half hour. 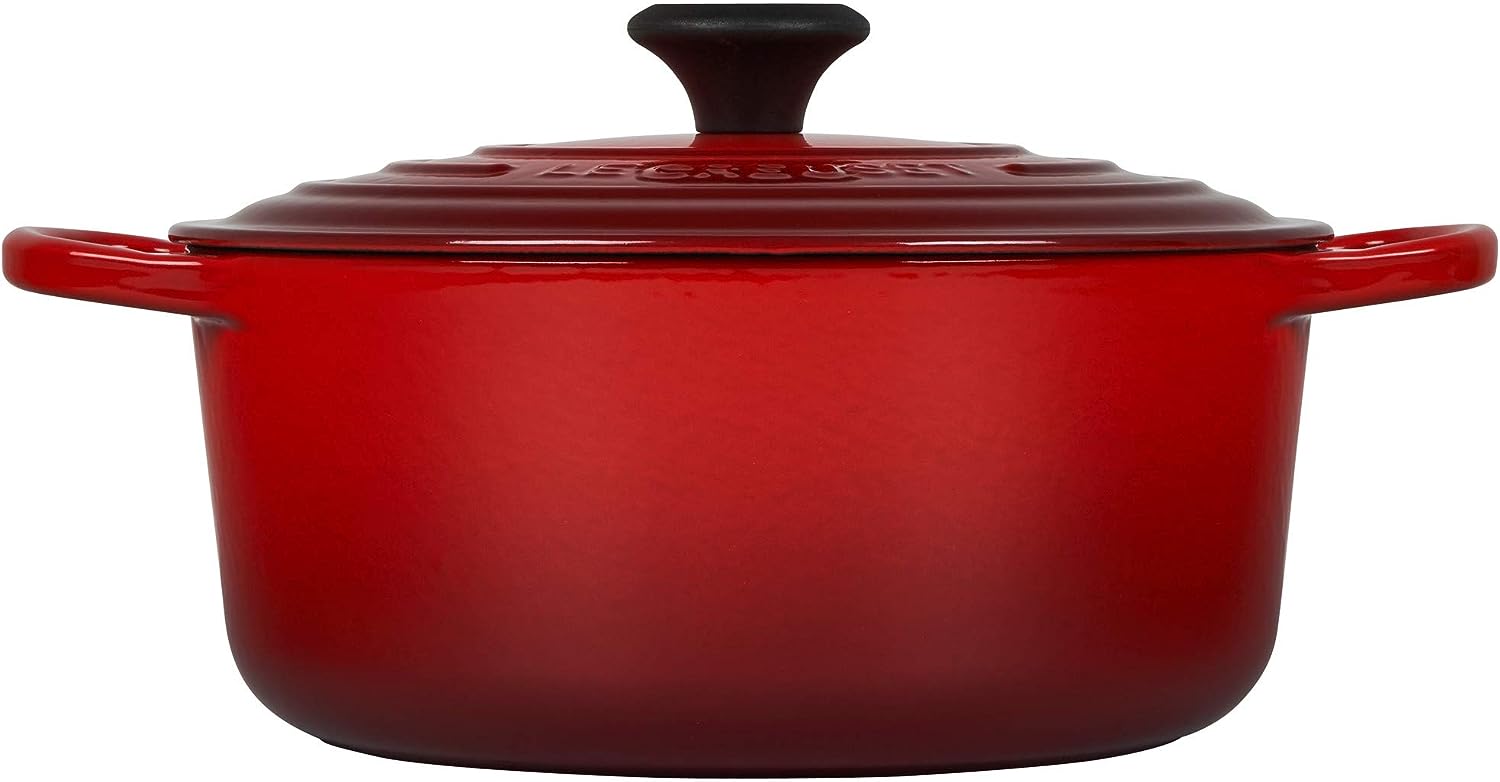 This recipe for Mushroom & Bok Choy Ramen Bowl was including in my meal plan for the week, along with several other delicious recipes from some of my favorite healthy mavens. Build your own weekly meal plan by using one of my free weekly meal plans.

Have you tried a grown-up version of ramen, yet? What is your go-to comfort food on chilly days? I would love to hear from you in the comments below! 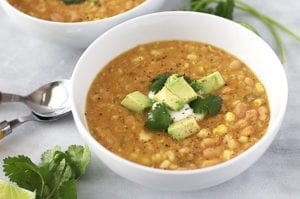 25 Healthy Soup Recipes to Cozy Up With This Fall 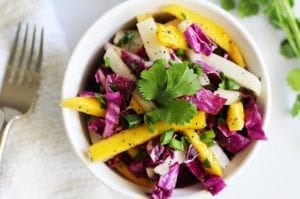 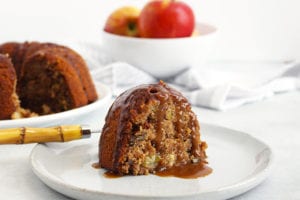