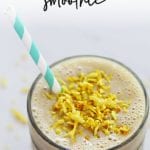 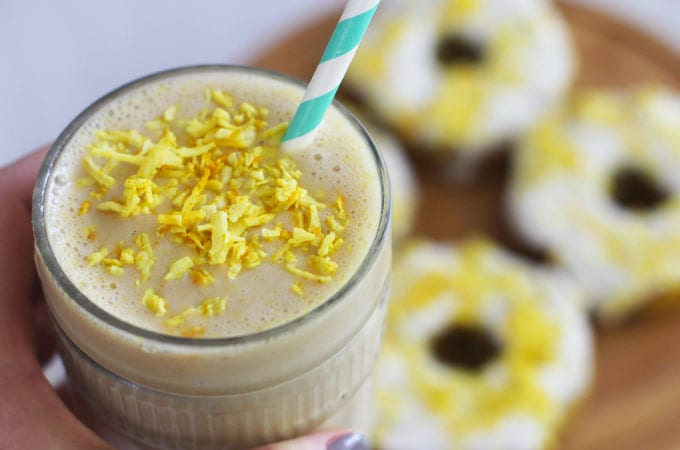 A light and refreshing smoothie inspired by the healing benefits of golden milk! Golden milk is known for its immune boosting and anti-inflammatory wonders from the turmeric and ginger, and so I’ve put my own spin on it by making this creamy smoothie version for these hot summer days. Get the recipe below! 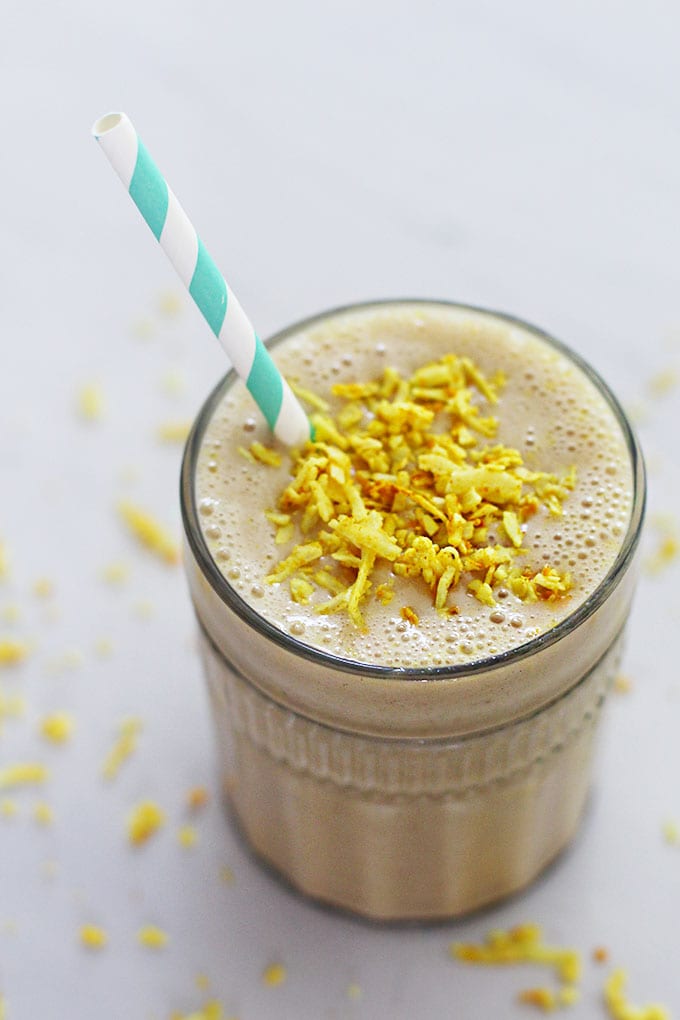 Golden. It seems to be the color of the year as turmeric continually makes headlines for it’s healing properties. It’s also the star ingredient in the trendy warm tea better known as “golden milk” that’s made with almond and/or coconut milk, turmeric, ginger and a pinch of cinnamon.

Truth be told, I’ve never had golden milk but have had it on my list of things to make for a while now. But with the scorching temps outside, I just can’t bring myself to turn on the stove often, so instead, I thought I would put my own twist on it by making it into a smoothie!

Which was perfect timing because…

This month’s Recipe Redux theme is Celebrate a ReDuxer! For Redux’s birthday month, we are encouraged to celebrate each other by picking a fellow ReDuxer and either making one of their recipes of creating our own that’s inspired by theirs, as well as tell our readers a little bit about this blogger and why we picked their recipe.

When I saw this month’s theme, I knew exactly who I wanted to feature. I have been following along with Giselle from Diary of an Ex Sloth for a while now and I love her take on fresh, healthy foods and the way she uses them in simple and delicious recipes!

I like to think we are twins at heart because she’s passionate about a lot of the same things I am, such as healthy living, yummy food, naps, a good book and exercise. If you haven’t yet gotten to know Giselle, head on over to her blog and check out all of her fantastic recipes!

When Giselle recently posted her Baked Golden Milk Donuts, I couldn’t wait to use this recipe as the inspiration behind my Golden Milk Smoothie. 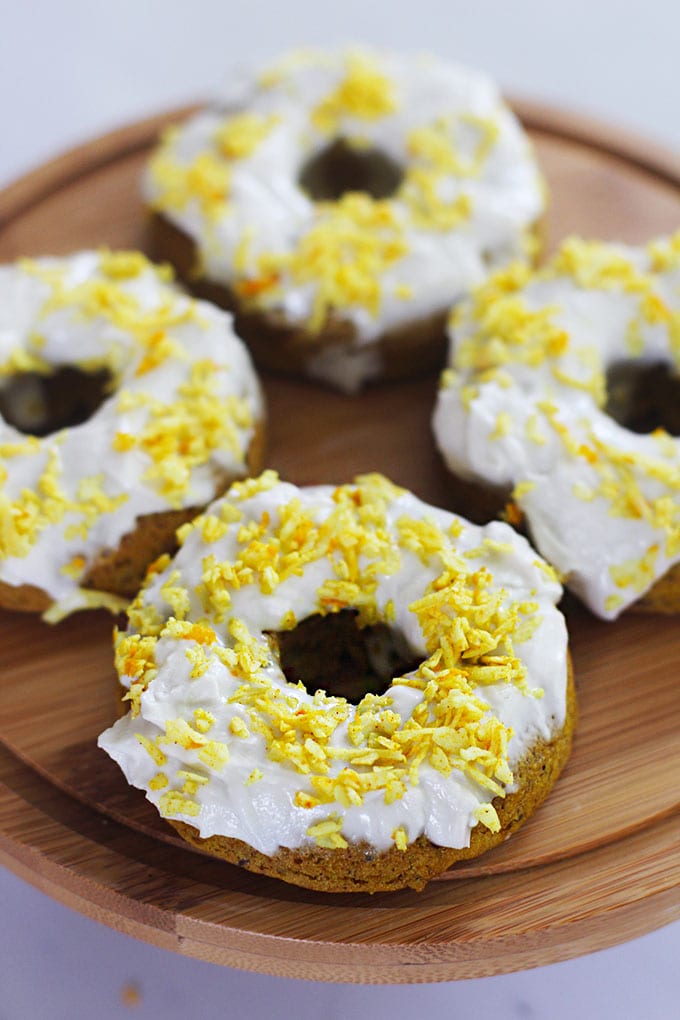 These donuts are filled with delicious flavors such as coconut, turmeric, ginger and cinnamon – all of the ingredients I wanted to incorporate into my cooling smoothie.

Did you know that turmeric is best absorbed in the body along with a pinch of black pepper? Crazy, I know, but don’t let this little bit of black pepper scare you away from enjoying the flavors of this light and creamy smoothie – you can’t even taste it! 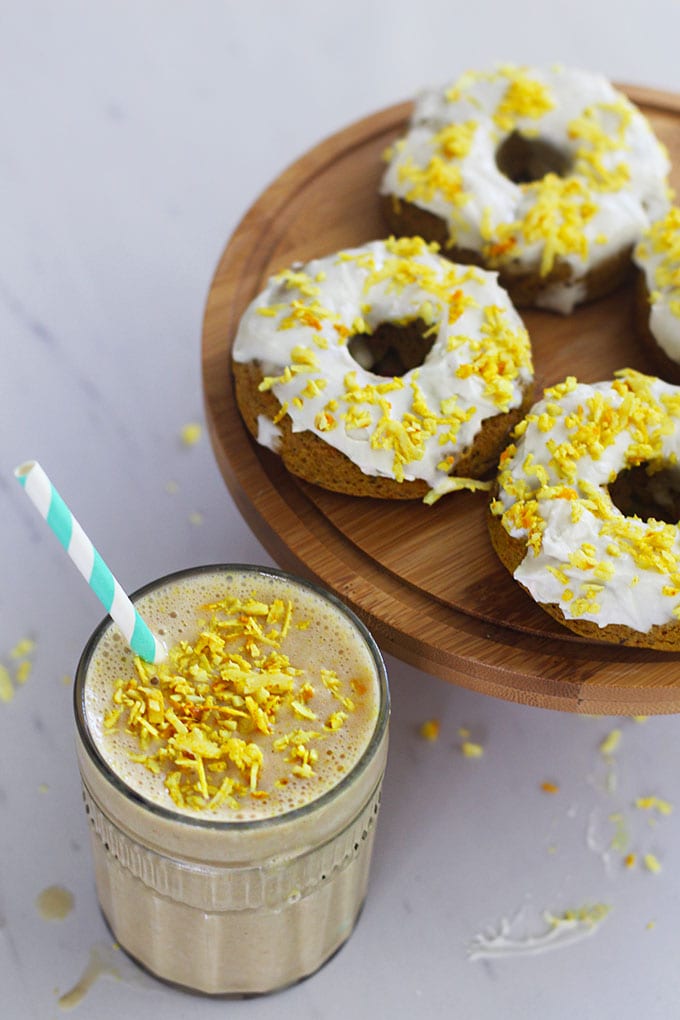 Maybe one of these days I’ll treat myself to a warm cup of golden milk when it’s cool enough out to turn the stove on, but for now, I’ll enjoy my golden milk smoothie! This smoothie would be a delicious treat if you’re starting to feel a little under the weather, or any other day, for that matter. Enjoy! 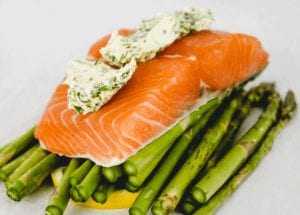 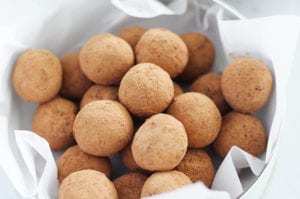 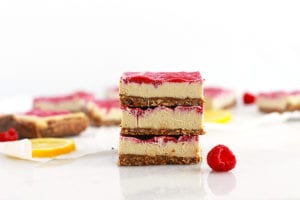