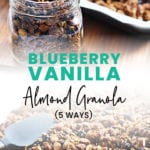 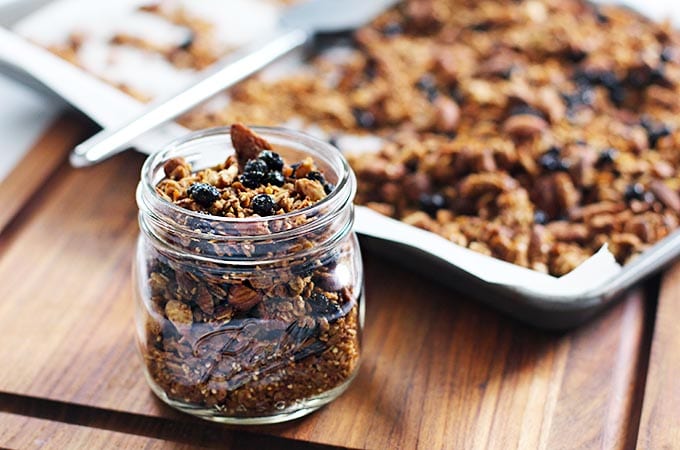 Do you have a love for the crunchy, satisfying goodness of granola? I have a recipe for blueberry vanilla almond granola that is a delicious and healthy topping on yogurt, smoothies or eaten by the handfuls for a satisfying snack!

I remember when I was a kid, my mom would buy a variety of cereals at the grocery store to please each member of the family. The lineup usually looked something like this: Lucky Charms, Cocoa Krispies, Shredded Wheat, Honey Nut Cheerios and Kashi.

And then there was usually the Blueberry Morning by Post because my dad is obsessed with all things blue and blueberries.

Fast forward to today, and I can confidently say that I’ve adopted by dad’s love for blueberries in a big way. I love these little blue gems so much that I put them in my smoothies, homemade bread, on my salads and any other way I can work them into my foods.

I have been on a huge granola kick lately and since my gingersnap granola recipe was such a big hit, I thought I would create seasonal granola recipes to keep my (and yours) kitchen stocked year round!

As I was thinking about what flavors to experiment with, I immediately thought of the Blueberry Morning cereal sitting on the shelf in my parent’s pantry and knew I wanted to use this as my inspiration.

As I was writing down the ingredients, I got even more excited because I realized I could incorporate nut butter and quinoa into this recipe which was something on my list to try! And so, I chopped, melted, mixed, tasted, and baked my heart out until out of the oven came the most delicious, fragrant, crunchy granola with flavors of almond, vanilla and cinnamon infused into the air in my kitchen.

The only thing missing was – the blueberries! I had picked up two blueberry options at the store to see which I liked best: dried and freeze-dried. The dried blueberries ended up taking the win due to their chewy texture that complimented the crispiness of the nuts, oats and quinoa.

Friends, this blueberry vanilla almond granola is KILLER! It is nutty, crunchy and slightly sweet – but not too sweet. It is delicious on top of yogurt, a smoothie, or eaten by the handfuls. But my preferred way to indulge in my new favorite granola? With a splash of my homemade almond milk. It makes me do a happy dance.

Before we get to the how-to, let’s first look at the nutritional breakdown of some of the star ingredients in this blueberry vanilla almond granola recipe:

Heat the almond butter, maple syrup, coconut oil, and vanilla in a small saucepan over medium heat until the coconut oil is melted and the ingredients are mixed well.

Spread the granola mixture onto a parchment-lined baking sheet in a thin later. Bake at 350 degrees for 30 minutes, or until the granola is slightly golden brown.

Remove from the oven and let cool for 10 minutes. Mix in the dried blueberries.

Pour a serving of granola into a small bowl and top with a splash of homemade almond milk. Grab a spoon and enjoy! Step 3 is totally optional, but highly recommended.

What is your favorite snack to have on hand at all times or granola flavor? Share with me in the comment section below! 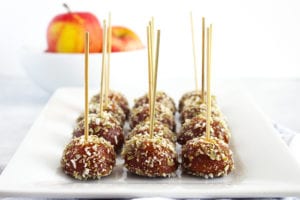 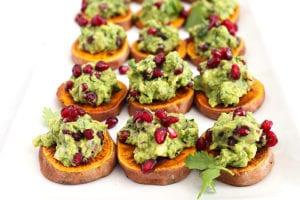 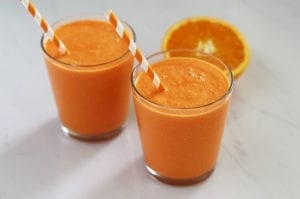