Want to meal plan without spending hours in the kitchen? 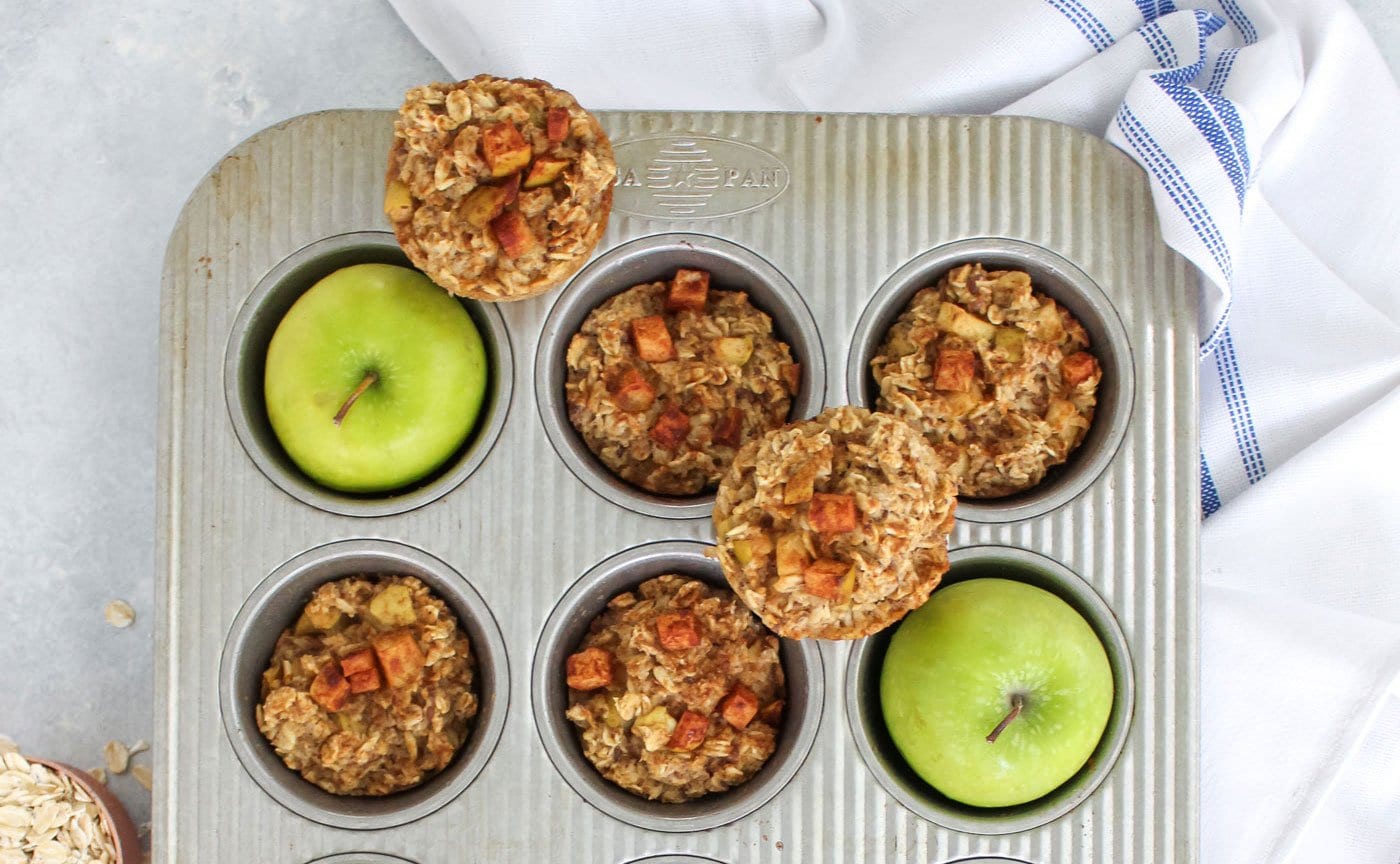 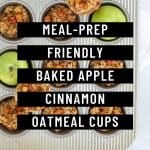 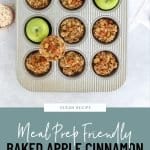 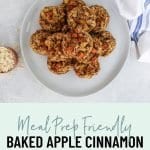 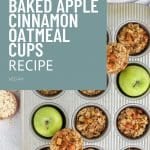 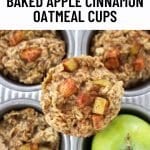 The classic apple cinnamon oatmeal flavor combo shines in these meal prep friendly baked oatmeal cups. They are slightly sweet, filling and with a smear of nut butter, the perfect breakfast on the go.

If you could pick one oatmeal flavor, what would it be?

For me, it’s always apple cinnamon oatmeal. Probably because it reminds me of one of my favorite desserts – apple pie. There is nothing better than apples cooked down in cinnamon with a touch of maple syrup. The sauteed apples become sweeter and the maple syrup thickens to a decadent sauce.

One of my favorite morning activities on the weekend is to make apple cinnamon oatmeal by sauteing apples, cinnamon and maple syrup, then adding it to slow-cooked oatmeal.

It’s like a steamy bowl of cozy fall that comforts you as you start your day.

Not every morning allows for this slower routine, so we are turning the classic dish into meal prep friendly oatmeal cups!

This recipe calls for all of the same ingredients that you would use for a bowl of apple cinnamon oatmeal, but we’re letting the oven do most of the work. Plus, bake it once and you’ve got a healthy breakfast on hand for the week.

Of course, you could freeze these meal prep friendly baked apple cinnamon oatmeal cups to have as backup when you need them, too.

For the apple filling, you could either add everything into the bowl at once, or you could take a few extra minutes and saute the apples ahead of time. To do this, heat a little bit of coconut oil in a pan, add the apples and saute until softened, then add the spices and maple syrup and continue cooking until slightly thickened.

When ready to eat, warm the baked apple cinnamon oatmeal cups in the microwave and top with a smear of nut butter for a little extra protein and healthy fats.

This meal prep friendly version of a classic oatmeal flavor pairing needs to be on next week’s menu plan: Baked Apple Cinnamon Oatmeal Cups. They are slightly sweet, filling, and with a smear of nut butter, the perfect no-cook breakfast.

To bring out the flavors even more, saute the apples in a little bit of coconut oil, then add the cinnamon, nutmeg and maple syrup. Continue cooking until slightly thickened. 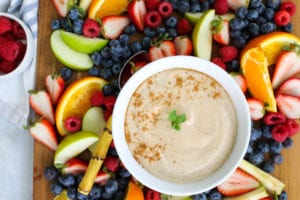 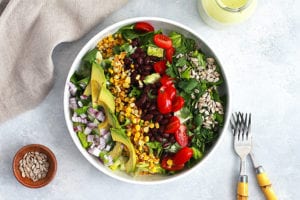 Meat shortage? Swap animal protein with these plant based sources 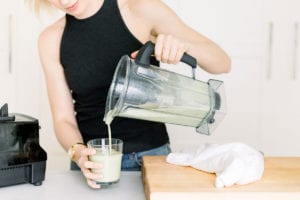 Download your copy of the Meal Planner Starter Kit below. You will also be receiving the link in the welcome email that was just sent to your inbox. Happy cooking!